There's also a section covering Abeir, the mysterious twin world that has fused with Forgotten Realms' Toril. Chapter 7 features a compelling subject, Threats — there can be no heroes without foes to fight. Included are classics like the Church of Bane, Cult of the Dragon, and Drow, along with some new ones or new to me! And we can't forget Netheril, the lost empire that has unexpectedly returned after millennia of extinction. Less epically, dozens of new monsters are described in this section. Nearly every aspect of the Realms has changed, and Wizards may be in an uncomfortable pickle with this product, where they strive to explain the epic transformations that have reshaped the world while covering enough to inform newcomers.

Some readers complained that the book was too vague, but that seems reasonable to me — how could you thoroughly describe such a vast campaign setting in one book? Ultimately, the product succeeds at both entertaining old Forgotten Realms players while informing new ones.

Armchair Geek RPGs. View Comments. Sponsored Stories Powered By Outbrain. Don't Fall for It. More Stories. Author: Garrett M. Graff Garrett M. Author: Sophia Chen Sophia Chen. Bash Brothers. Author: Eric Adams Eric Adams. I looked down at the camera and saw the charge light was flashing; too invested to find the charger, I shut it off before it could die.

The level began with Spyro hopping out of the rocket that later replaced your balloon as a means of transportation. Immediately I noticed a startling change in the music: instead of the usual perky orchestral hits that comprised most of the song, it was led by a slow violin instead. Usually the instruments switched to a loud warbling tone of an instrument I couldn't identify later in the song, but once it reached it, a soft flute was played instead.

It was sad somehow, such a contrast to the upbeat music that had once been here. Thinking that I would try to beat the game, I charged over to the Haunted Tombs portal located inside the building on the largest floating island, but the portal was gone. The arch still remained, but there was nothing inside. I checked all the other portals, but they were blocked off as well.

The Borinqueneers: The Forgotten Heroes of a Forgotten War

There was nothing I could do but go back to the rocket and try another homeworld. I planned to head to the third world, Evening Lake, but all the choices except Sunrise Spring and Buzz's Dungeon were greyed out. Well, after what happened last time I certainly wasn't fighting Buzz again, so I headed to the first homeworld instead.

I was dismayed by what greeted me when I got there. The floor in the building your rocket lands in was cracked and grey, caked with dirt as if it hadn't been tended to in years.


When I headed outside, I saw that the small lake was completely dried out, leaving nothing but a hole in its wake. The portal to Seashell Shores was active, but it was too far to glide and I didn't want to take a chance falling into the hole and having no escape. Instead I glided to land and continued my exploration of the new Sunrise Spring. It only got worse as I continued on.

All the portals were either broken and crumbling. The leaves on the trees were gone, leaving only dark trunks with what looked like char marks, their naked branches sticking like a dagger into the grey sky.

The Paladin Chronicles: The Pelasgoí, the forgotten people of Greece

The grass was brown and dead, the stream near where you start the game was dried up as well, and there was no sign of life anywhere. Even the rabbits that served as life fodder were gone. The music was similar to before; the same song with slower, sadder instruments playing it. It only made it all the more depressing. It looked like every last drop of magic had been sucked out of this world, leaving behind only a hollow shell and a memory of what had once been.

What could have happened here to reduce it to such a state? Was it because of Spyro disappearing as the strange speaker had said? But where did Spyro go, and why did he leave? The portal to Sunny Villa was the only one in good shape, so I headed there, having little other choice. The once bright place was now in a similar state to Sunrise Spring: the sky was colourless and the whole place was filled with a dreary haze.

Most of the buildings in towers were crumbling and the tiles in the plaza were scuffed and cracked. Not a lion, the usual animal inhabitants here, was in sight. Instead my screen was filled with dozens upon dozens of rhynocs.

They acted normally for the most part, raising their weapons whenever Spyro drew near, but some ignored him totally. When I tried to attack them, Spyro's flames just sputtered out and he bounced off them while charging, as if they were walls. I gave up and just tried to avoid them, navigating through the level. There were no gems or eggs to pick up, so the place just felt bare. Even the music had abandoned this desolate place, leaving it dead quiet except for Spyro's footsteps and the enemies' noises.

The silence held dread in it, and I felt that perhaps the inhabitants were not dead but in hiding, enslaved by all the rhynocs here and afraid to even leave their houses. I could almost feel them watching Spyro, watching me as I headed through the level. Finally, just as I reached the home portal, I saw the mayor standing exactly where he usually was. I approached him and he automatically began to speak to me. The mayor took on a more hostile tone. Can't you see that?

There is nothing left here for you. Please just go home, whatever is left of it. I tried to speak to him again, but there was only a blank box. There was nothing left to do here, as the rhynocs were all unkillable and I couldn't go into the skateboarding minigame, so I decided to see if any other worlds had been opened. As the homeworld loaded, I pondered on what he had said. 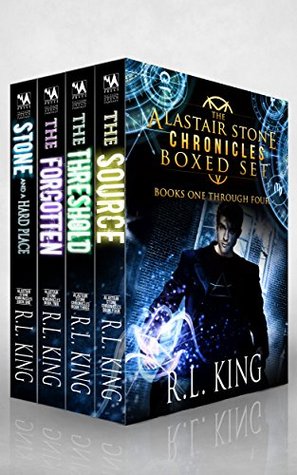 No wonder the worlds were all abandoned and dead, most of the portals in ruins. The Sorceress must have destroyed them all. I was beginning to piece together the story of what had happened to this place, but I still had so many unanswered questions. When I landed back in Sunrise Spring, I saw something in the distance, where you spawn at the beginning of the game, that wasn't supposed to be there.

Going over to investigate, I saw that it was a hole in the ground. Curious, I jumped inside, and the game immediately began loading. The screen was different than the normal scene of Spyro flying through the sky, instead totally black with only Spyro's eyes and a brief outline of him visible in the darkness as he walked through the tunnel. When the game loaded, it looked like I was in the cutscene at the very beginning of the game, when all the dragons are sleeping in the field. But this time, there was no one in sight. Despite appearing just as abandoned as everywhere else, this place didn't seem to be dead; the sky was a typical blue and the grass below Spyro's feet was lush.

There was no music again, but it wasn't the same terrifying silence as before, and was instead replaced by a gentle ambiance of chirping birds and the rustling of wind. I had been on edge since I started up the game, but here I finally allowed myself to relax. I walked around for a bit, hitting a lot of invisible walls, as this area was clearly never meant to be played in-game. I did a lot of running against the walls trying to find a spot to get through and was about to reset the game when I finally broke through. It was like a small hallway, with the invisible walls on both sides, so I was unable to head any direction but forward.

There was nothing in sight but an endless field, but I continued on anyway. As I walked along, Spyro's speed began to slow to a crawl, until I was only able to walk despite pressing the analog stick all the way up. I felt dread spike my heart as the sky began to get dark, ugly grey clouds rolling in and covering the sky.

After a few moments it began to rain in torrents, the sound of thunder, rain, and roaring wind replacing the previous peaceful sounds. I didn't want to know what was up ahead, and I tried to turn back, but the invisible wall had closed behind me. I had no choice but to continue on. Something was stopping me from simply reaching over and pressing the power button. It drove me on and forced me to keep playing this to the end. Eventually I could just make something out in the distance, though at this point it was so dark that barely anything was visible in the storm.

Soon I hit what looked like an iron fence and walked along the walls until I reached an open gate. As I entered the small fenced off area, the storm cleared up just enough.